I saw a picture that had been circulated online of a pastor who instructed a female member of his church, who has been trying to conceive for years without success, to take off her underwear so that the holy spirit would get her pregnant. 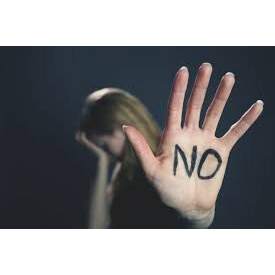 In the picture, the so-called pastor is seen removing the lady's pant. She is flanked by a man. And a lady, probably an usher, is standing behind her, I guess, waiting to catch her if she falls under the anointing.

I was bewildered and amused, then I felt a feeling of disappointment awoken in me. I was disapponted because these days, every Tom, Dick and Harry can mount the pulpit and ordain themselves pastors. I have friends who haven't passed through the four walls of a seminary or a school of theology, but call themselves pastors.

This is not in any way an attack on Christianity as I am a proud Christian. On the contrary, it is a censure of those who piggybank on the religion to defraud their gullible members.

Gone are the days when God used to call people to do his work. These days, men do the calling.

I weep for the kind of religion Christianity is morphing into! Born again Christians are now the worst people on earth, opposite to what obtained in the past. Back in the day, a born again was a person of unquestionable character, person of integrity and values, not anymore.

The good thing is that these so-called men of God have one objective: to extort as much money from their members as possible. Imagine what would have happened if they make inflammmatory statement against adherents of other religions and incite their followers to violence. With the blind loyalty they command from their followers, Nigeria would be on fire.

Christianity is known for peace. It does  not attack other people who chose to worship differently, and it does not compel anyone to convert to it, however, the Christian Association of Nigeria needs to regulate the rules, if there are any, governing how Churches are set up and run.

Uganda recently made it compulsory that every person intending to start a ministry must go through a theological school. We should go down this road. What more do we need to happen before we decide that we've had enough of quack preachers and their tricks. Let's rein them in!