And now he wants an annulment.

According to court documents obtained by the Associated Press, the actor and makeup artist Erika Koike applied for a marriage license in Las Vegas Saturday. But by Wednesday Cage asked for an annulment, citing reasons that included being too drunk to understand his actions when he married Koike.

Cage, whose real name is Nicolas Kim Coppola, says he and Koike drank “to the point of intoxication” before the wedding Saturday.

The 55-year-old Cage argues he wasn’t aware of Koike’s “relationship with another person.”

Cage was previously married to Patricia Arquette from 1995 to 2001, then to Lisa Marie Presley from 2002 to 2004 (their divorce proceedings lasted longer than the marriage) and to Alice Kim from 2004 to 2016, with whom he shares a son, 13-year-old Kal-El. Cage also has a son with former partner Christina Fulton, 28-year-old Weston.

US today
- March 30, 2019
Email ThisBlogThis!Share to TwitterShare to FacebookShare to Pinterest

York and Toronto police have made a “large” recovery of more than 70 stolen cars worth more $4.5 million in a joint investigation with the C... 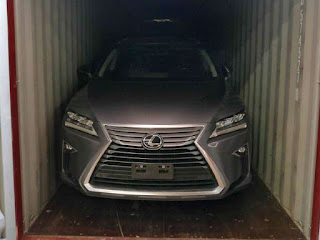