Lesbians attacked on London bus for refusing to kiss for men 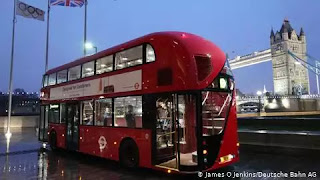 A lesbian couple who refused to kiss in front of a gang of men were beaten up and robbed on a London bus, it emerged on Friday.
Police said the incident happened in the early hours of May 30 after the two women boarded a double-decker night bus in the northern suburb of West Hampstead.
"As they sat on the top deck they were approached by a group of four males who began to make lewd and homophobic comments to them," police said in a statement.

The women were then attacked and punched several times before the men ran off the bus. A phone and bag were stolen during the assault.
Both women were taken to hospital for treatment to facial injuries, police said.
The Metropolitan Police later confirmed that four men, aged 15 to 18, had been arrested on suspicion of robbery and aggravated grievous bodily harm (hate crime), and further suspects were being sought.
One of the victims, 28-year-old Melania Geymonat from Uruguay, described how she and her girlfriend, Chris, were left covered in blood following the attack.
"They started behaving like hooligans, demanding that we kissed so they could enjoy watching, calling us 'lesbians' and describing sexual positions," she wrote on Facebook.
"They kept on harassing us, throwing us coins and becoming more enthusiastic about it. The next thing I know is that Chris is in the middle of the bus fighting with them. On an impulse, I went over there only to find her face bleeding and three of them beating her up. The next thing I know is I'm being punched."
- June 08, 2019
Email ThisBlogThis!Share to TwitterShare to FacebookShare to Pinterest