What Rights Do Muslims Have In "Christian Rivers State''


Rivers State Governor, Nyesom Wike's decision to declare Rivers State a Christian state has elicited varied reactions from Nigerians. The majority of Christians have welcomed the decision and applauded the governor for the bold move in the face of a calculated attempt to "Islamize Nigeria" as it is sometimes alleged. 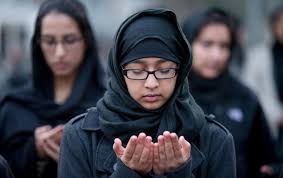 Wike has said his decision is set in stone and that he owes nobody any explanation. I am not an authority on constitutional matters, so I'm not going to talk about the constitutionality of his actions. I leave that to the experts.

If Wike's decision falls within the law, would it deprive the Muslim indigenes and Muslim residents of the state of their rights? The answer is a resounding no.

Unlike Islam, Christianity does not have a penal code. There are no laws in the Bible on how to treat criminals, so Muslims shouldn't fret that their rights will be eroded when they are forcibly tried in a Christian court. I understand that our penal code is based off of the British, and theirs is heavily influenced by Judeo-Christian traditions. Therefore, ours also has an element of Christian influence. Having said this, the Bible is not used to interpret penal code the way Islamic sharia judges rely on the Qu'ran to interpret Sharia.

Wike's move does not in any way suggests that Christian courts would be set up, as Sharia courts were set up in the North. It's just a political move meant to bolster his standing amongst Christians in Rivers and Nigeria. He wants to be seen to be taking a firm stance against the so-called "islamization of Nigeria".

Muslims have nothing to worry about. As much as I disagree with Wike's decision, I feel Muslims set this ball in motion when they clamoured for Sharia law and resorted to violence to achieve their aim. They set a dangerous precedent and Wike has borrowed a leaf from the Muslim governors who felt the need to implement Sharia in states where Muslims are the majority.

We don't know what plans Wike has, but if they would lead to trampling on the rights of Muslims resident in the state, I urge the Federal Government to take up the matter and treat it with the urgency it deserves. But again, the Buhari led administration should be mindful of the fact that the majority of Christians in Nigeria are distrustful of his presidency and he should try to understand why they feel this way
- August 30, 2019
Email ThisBlogThis!Share to TwitterShare to FacebookShare to Pinterest
Labels: politics&religion
Newer Posts Older Posts Home
Subscribe to: Posts (Atom)