How the Nigerian Government is Cashing Out in this Pandemic

COVID-19 pandemic is having ripple effect all over the world. Economies have been thrown into recession, jobs have been lost, dreams have been shattered, and a lot of people have been impoverished as a result. 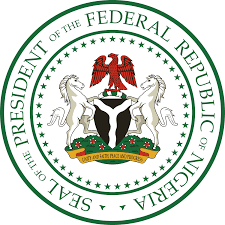 Governments around the world are thinking of ways to help their indigent citizens cushion the effect of the ensuing financial crisis, but the Nigeria government is doing the opposite.

In the midst of a global health crisis, Nigerian legislators have received sleek, bullet proof cars they bought for themselves with tax payers' money. The cars were all imported and each is worth tens of millions of naira. There was public outcry when news emerged that lawmakers earmarked more than a billion naira for the procurement of cars for themselves. People argued that a country that is cash strapped shouldn't waste billions importing cars when local alternatives should be patronized. Public outcry wasn't enough to dissuade the senators, as they went ahead to import the cars.

Foreign governments and NGOs have given billions of dollars to the Nigerian government in aid, but the money is unaccounted for. The government has not used the money for the intended purposes as palliatives, and cash haven't been distributed to those in dire need.

People are struggling to get by and the Nigerian government is compounding their struggles by implementing policies that are unfavorable. As if refusing to help the poor isn't bad enough, the government has made stamp duties compulsory for almost all business transactions.

Is this the appropriate time to burden the people with stamp duties? Why is the Nigerian government bent on making life difficult for the average Nigerian? Shouldn't the governments be providing palliatives like their counterparts are doing abroad? Why are the Nigerian people so docile and afraid to confront the political class?

Until these questions are answered, and the masses demand that the status quo needs to change, I don't see any change in the foreseeable future, and the people will continue to suffer.

- July 25, 2020
Email ThisBlogThis!Share to TwitterShare to FacebookShare to Pinterest