Should parents allow their older children to discipline the younger ones?

Zara, a beautiful lady in a mid 30s, has a problem with her left eye, so she visits her optometrist every month to have it checked. The doctor has told her that she will lose sight on her left eye eventually. 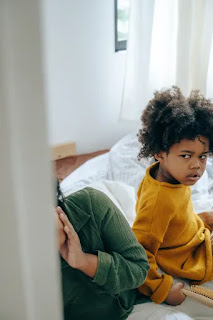 After trying everything humanly possible to reverse the deterioration of her sight with no avail, she has resigned herself to fate. She wasn’t born with a failing eyesight though, her elder brother, whilst beating her up for an alleged wrong she committed, landed a blow on her left eye, and that was when her problem started.

I grew up in a family where my elder brother had the leeway to discipline us, and he took it too far. He would hit us for failing to take our bath on time, for watching television when we should be reading our books, for eating our meals too slowly, for not waking up early for morning devotion; for playing with our friends for too long, dirtying our clothes etc. in cases where verbal warnings would have sufficed, he would rather hit us. We grew up being afraid of him and that fear soon morphed into a deep-seated hatred. He literally tortured us for years, and he derived pleasure doing so. The end result was that as we grew older, the fear we had for him gave way to resentment.
Sometimes, I blame my parents for all the ill-treatment our elder brother meted to us when we were little. The torture we suffered wouldn’t have happened without their express permission. I blame my mother especially because she often told my elder brother to discipline us. She egged him on and turned a blind eye to the numerous beatings. My father, in all honesty, tried to rein in my brother’s tyrannical disposition towards us, but the fact that  hewasn’t always around meant a lot of abuses were swept under the rug and we were afraid to report such abuses for fear of reprisals.
Most kids in Nigeria and other African countries have scars that remind them of the abuses they suffered as children from their older siblings or parents or both. Unlike the west, spanking hasn’t been outlawed in Africa and this has given rise to situations where children are brutalized and tortured by those who should cater for them, guide and protect them.
I have seen horror stories of children disfigured by a parent or a sibling in the name of discipline. The absence of strong laws in Africa, protecting the rights of children makes such abuse commonplace.
If parents shouldn’t allow their older children discipline the younger ones, what should happen in the event that the younger ones misbehave when their parents are not around?  First of all, it’s perfectly ok for parents to delegate authority to their older children when they are not around. This would ensure some orderliness. Parents should also tell their older children the type of punishment that should be administered if the younger ones misbehave, and such punishment shouldn’t involve spanking or any form of corporal punishment. This would go a long way to ensure that boundaries are not crossed.
Were your older siblings allowed to punish you when you were little? How did it affect your relationship with them in later years? As an older sibling, did you punish your younger ones, if yes, do you think they are/were resentful of you?
- July 24, 2020
Email ThisBlogThis!Share to TwitterShare to FacebookShare to Pinterest 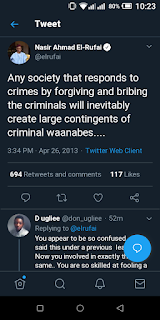